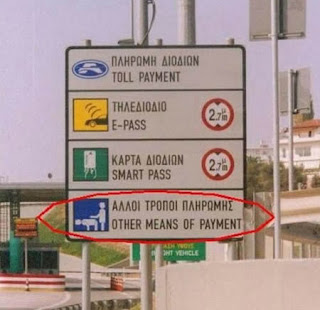 Alright, lets face it, we are all going to have to pay the price of doing Felasco with Kent. Kent is our friend and he has done so much for all of us over the years, we can’t ditch him. So, paying the price is inevitable. Quick math looks like this, we will all be doing a 4 hour ride in about 5.5-6 hours. Kent will probably do it in 7-7.5 hours. Here is where the toll comes in to play. You can pay up front; pre pay if you will. Or, you can wait and pay after all of the accumulated intrerest, which of course is compounded by the mile. Below are the two payment options that I can think of.
1) On the way to the Waffle House in the morning, drop Kent off at the park so he can get started. That means probably driving about 7 minutes past the Waffle House to drop him off, then coming back to the Waffle House afterwards for breakfast. That should cost about 15 minutes worth of your time.
2) Start at the same time, wait for him on the trail as long as humanly possible, then go into survival mode and finsih the last 15 miles on your own. Get to the truck and sit, and wait, for an extra 1 hour or so. Then, finally, everybody go to Sonnys for some crappy BBQ.
What sounds better? Payment option 1, or 2? 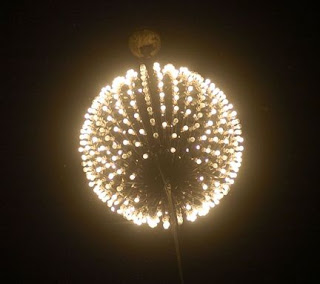 Boot Camp; Focus and Disciplined; 20, 20, 10; Red Dragon. All of these except Boot Camp were failures. It’s hard thing to look back at your failures, especially since you want so badly to make a difference. It hurts even worse when you believe you were being more responsible when neglecting yourself. For those that know me you understand kids, bills, Pimlico, Pop Warner football, the storage shed, etc…. For those that don’t “know” me I’m sure these just sound like excuses. On some levels they are. I’m just like everybody else, trying to balance life. In reflecting on this year, and nearing the end of my third decade, I came to some conclusions. While I try my hardest to do what I can making others happy, I am missing the most important person – me. Looking back on these blog posts I laugh at myself for whiffing at the plate after calling my shots like the Babe. So for 2010, I’m pulling the ultimate do-over. These are the things I plan to do. Add, edit or delete as you see necessary. As always, insults welcome.

In the great words of , well me, you are either a winner or a participant – and I don’t plan on participating. 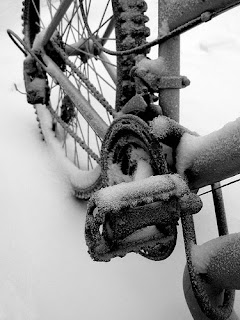 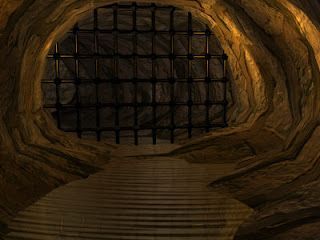 Nearly one year ago I was having a great time, save for some scratches on my neck. We were working on hour number two at the Tour de San Felasco. This is an annual bike ride pilgrimage to High Springs, Florida our crew has been making for nearly 10 years. We have a crew with varied skills and fitness levels so depending on who you are, the 50 mile off-road trek takes five to eight hours to complete. This year was no different in many ways, but it was different in many ways. I was ill-prepared as usual, but was having a great time. Leading up to the Tour I’d been commuting because my shitty Chevy Tahoe was broke down. This gave me a false sense of capability. At hour two it was all jokes for me. I was going slower than I wanted and even checking on other guys to make sure they were OK. With nearly 20 riders in our now trademark black and orange, there was ample space on the trail to move back in forth in the group. Some of our faster riders had checked out after the first check/feed station (about mile marker 12). That did not matter because I was having a blast.

My neck was already sore – not from riding though. It was from cloth burn where Micro ripped off the remaining bits of my shirt – part of my incredibly fat hulk costume. That was in the middle of a Target toy section. We were looking for green face paint to make my costume more realistic. Everybody had dressed up like an odd ball the day before for the drive down. As usual I had not prepared properly and had a pretty pitiful job of making a costume. It was, however, hilarious to look at our group dressed up like clowns at the Gainseville Ale House. Perhaps it was the beer, Micro’s wrestling roots or a combination that provoked him to attack me in Target.

My plan was to eat and drink with minimal stopping. The plan was to NOT stop at lunch. That’s the only thing I don’t like about the Tour. For me, the soup is horrible. The only thing worse than the overly seasoned chicken noodle, is the indigestion in-a-bowl red colored concoction. For all I know it’s chili or minestrone or veggie. Others rave about it. Whatever, I hate it.

All of these thoughts were going through my head. I did not know it then, but we ended up stopping at lunch. I had no way of knowing that I’d feel great a lunch. That I would spend time rushing Steve (aka Mac) and Swoell (aka Lyle) so we could keep the momentum up.The clock would be ticking for me – Steve and Lyle would have trouble too. This would be the best Tour yet, mostly because that added more single track. Unfortunately, that meant less double track. In the later miles double track becomes your friend because it travels faster than tight, twisty trails.

I had no way of knowing that in about four or so hours, I’d enter one of the darkest places ever. I’d learn that mile 40 and beyond are not good for me. I would later discover my suspicions were correct. That Tour organizers ran some of the sections backwards, and that the one big switch back climb would be later in the ride. For me, it would end up being excruciating. Leg burning induced hatred. No longer would I be able to joke. I’d be unable to complete a sentence without some form of the word f#ck. I ended up so deep in the hate cave that I would not come out for more than a month.

This year I’m slower, fatter and the last time I rode a bike was November 8th. Added this year are a few extra layers. My back is injured and I’m riding a 29er rigid single speed. Bring it on. 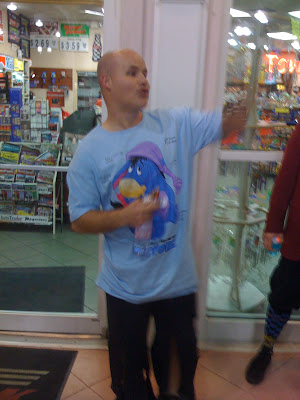 In seventeen days, we will be walking to the Waffle House in the dark. Wondering what to eat? How much do I eat? I wonder if I ate too much? Did I eat enough? Did I ride enough? Should I have ridden more? Base miles? More dirt than pavement? Single speed? How much beer did I drink? Why does my head hurt? Why is Kent wearing a ladies Eeyore night shirt from a gas station?

I have come to the realization….. screw it.
This one is about seeing friends, drinking beer with them, walking the line of being arrested for disorderly conduct, and laughing to the point where you forget about all the responsibilities and life events that kept you from riding since the last Felasco.
This one is going to be good. 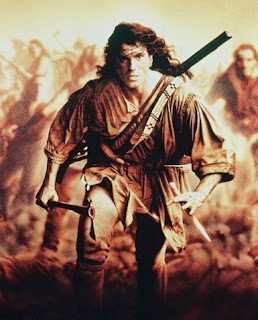 Few thought it was possible for the Chehaw Champion to fall this far from grace. The Dragon has become a joke that is no longer funny any more. We’re at the uncomfortable stage where it’s awkward to make jokes because they’re ringing more than true. The Incredibly Fat Hulk is even fatter this year. A disgrace. Next year is my last year in Vet (30-39). Awareness of these bike geek milestones makes you start filling your iPod with anthems like Last Chance Fancy. Then you get all weirded out and have to turn it all manly – yea that’s right I’m a rare breed – I SHOULD be a bad ass like the Last of the Mohicans bad asses. Get some bitches.

But alas I’ll probably just do yard work and the closest thing I’ll come to riding is coaching Pop Warner in BIKE brand shorts. The gauntlets have turned rusty and we’re all out of motivational videos. I got nothing for you but results. Let’s see where I am on Jan. 9, Mar. 21 and June 5.

Send Me On My Way. 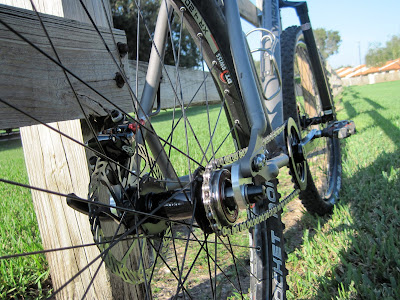 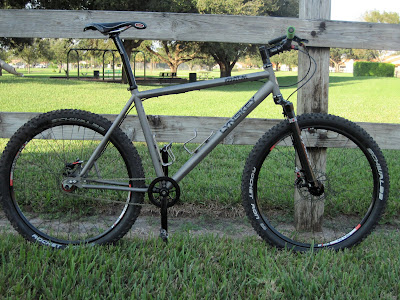 I took it for a ride today after three months of waiting. It was eye opening. You never appreciate suspension until you don’t have it. Got an hour in to workout the bugs and there weren’t many. The only surgery was cutting the front brakeline. It was good overall. I have to learn how to ride again. The rigid bike took me back to the days of mountain biking with t-shirts and toe clips, and Oakley Razor Blades in neon colors were cool.
This will be my ride for Felasco. I have five weeks to get my shit together. I have done more training for the beer drinking than the ride itself lately. I only have two Fat Tire Ales left, so training will officially start after this blog. I threw the singlespeed rigid gauntlet down and am going to stick to it. I am shooting for 50 miles and will make the game day decision on the extra miles. What is it, 64? If I complete that, I might be so excited, that I punch BigWorm in his man-pleaser(mouth). I could go on, but I am officially unable to operate a motor vehicle. So I will end with a call out.
Come on fuckers! Felasco on a singlespeed, cause misery love company. In all seriousness, can’t wait to see and ride with you douchebags. 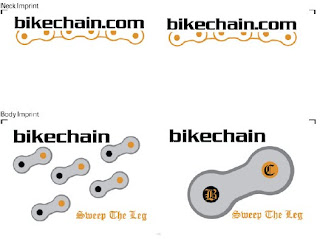 Howdy. This is the last round of artwork we had from the last time we were working on water bottles. Please weigh in and let us know what you think and/or how it should be edited.