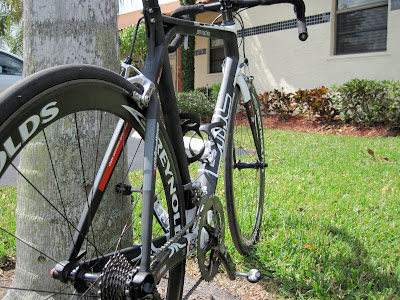 I needed some inspiration. I have not ridden with any frequency since Felasco. I am just now starting to recover from having my tooth kicked in by Jack Frost and Mark. Now that I think about it, maybe Mark is Jack Frost. You Tallahassee folks have plenty of inspiration to ride. You are fortunate enough to have an abusive crew to fuel the bike ride fire. I miss that abuse, it made me ride in rain, cold, and heat. I am jealous.

Through numerous eBay transactions and some financial trickery, I built a new ride. I will have to rely on “new bike fever” to get me off the couch, hope it works.

The last few days have been really good on the MTB (minus the $140 lost for another broken part as a result of ANOTHER crash). Instead of us doing the same ol’ same ol’, we have started putting in some pretty good efforts during the last few rides. Last night’s ride was a blast. It was a small crew with me, Wrecking Ball, Big Worm and Lil Ball. Big Worm was a man possessed. He kept the pace up most of the ride and when he wasn’t attacking, Wrecking Ball was. Even though the efforts definitely hurt it sure felt good to put them in. Unfortunately, the cold weather combined with all of the heaving breathing has got my lungs all screwed up. I’m hacking and coughing like a 70 year old man with COPD. Maybe this little extra kick in everyone’s step is the first sign that Spring and longer days are just around the corner. I can only hope.

The only thing missing from the rides this week were the rest of the crew who were fairly consistent in the early part of fall/winter (Marko, Steve, Berg, and Tim). Sure would like to see those guys back out with us on a weekly basis. Those guys along with the lost boys (Dan, Kent, Ken, Darien, Rick) would make ALMOST everything right in the mountainbiking world. 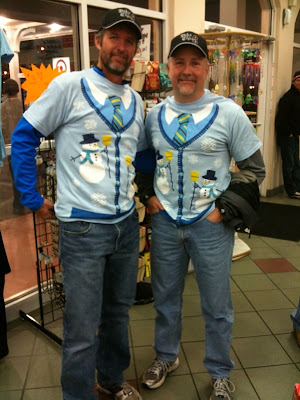 So, you want to be a part of the Chain Gang? Are you willing to wear the gang colors?