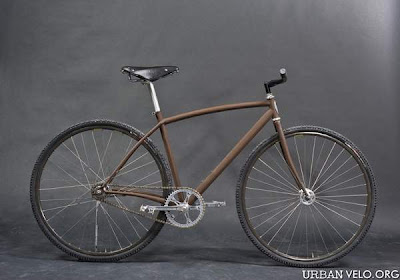 We don’t usually go too far outside of the crew… but lately we’ve realized there are a bunch of people out there that look at bikechain.com and this blog. Lots of folks in Florida and elsewhere in the states and some from all around the world – that’s pretty cool. As big as the world is it’s easy to fall into the trap of self-glossing – that is to mean only being worried about shining yourself up for self-promotion. It’s OK to have pride but sometimes you need to look around and give credit where due. For a number of reasons I’ve been thinking about BREW bikes and my facebook friend Steve Brewdude Garn. The guy is an awesome frame builder. The guy is a promotion machine and lately known more for his motorcycles. Best I can remember he cut his teeth on BMX bikes but the crew will remember him best for the 180 and 200 proof MTB frames we used to sell in the mid 90s. Many of these frames are still around and ride great. I’ve got a large 180 proof (Tim’s) for sale if anyone is interested. The cool thing about the Brewdude is he is authentic. He is a tinkerer and magician with all things mechanical. Do your self and poke around on his web site some time – http://www.brewracingframes.com . You have to dig around for the really cool stuff but it’s there and worth the price of admission. Look at the pictures of Ol’ Rusty and google it – this bike (pictured above) is bad ass. The cool thing about BREW is they are still making new frames – check out the fixie stuff. The cool-est thing about BREW is that they will make anything for you or help you build your own stuff. A few of us have been seriously thinking about taking BREW’s frame-building class. I personally been wanting to do this for many years. A few of us have built bikes before and welded many things – but the class is an entirely different level. I been needing a new 29er. Who’s in for a January frame-building class? 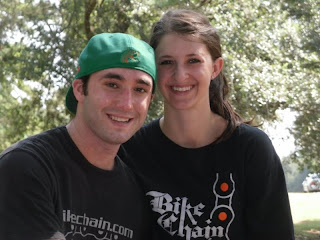 The Florida Championship Series promoted by Gone Riding rolled into Tallahassee this past weekend. Ron hitched a ride up with Bob. Several of the BC crew kitted up to race. And lots of friends and family came up to hoot and holler. So many things went on that day it was truly a blur. I’ll try to capture some of the day below with my thoughts but the main takeaway is that BC still lives and THANK YOU to all for showing support for the black and orange. 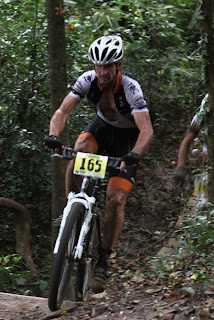 Tim is ripped (look at his arms). He had a bad day racing but still managed a 13th. I know he was poised to win but it was not in the cards. A little rest and he’ll be good to go. Nancy was, as always, a lifesaver. Good to see some other Shanks there as well.

Steve is happy and I think it has a lot to do with Kristen. Kristen seems happy too. They both promise to start riding bikes.

My mom and dad made it out. Papa Benny helped out at the booth and worked the crowd. Grandma Shirley brought the Key lime cupcakes and my childhood favorite – chocolate-iced brownies. Case and Mia scarfed those goodies all day and it was nice having London there. 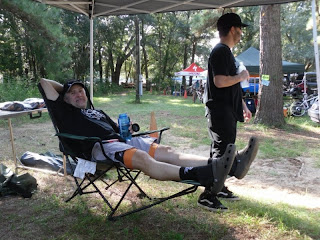 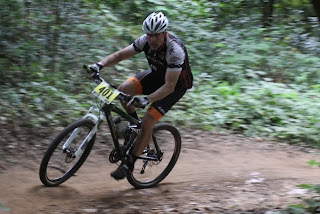 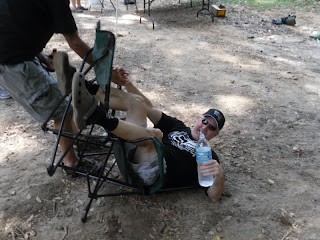 Big Jim had a self-described bad day. One way to look at it is he got a top 20 finish – there is always a bright side. Thanks for showing up tater salad.

Jason showed up big and nonchalantly dominated his class for his first win. His lap times looked real, real good. He’s in the right class right now but the rest of BC needs to watch out if he gets ANY faster. Congrats on the win

Terry, Michelle and Cory were there all day. The Wrecking Ball was in good spirits and full of jokes and laughs. Thanks for the Sonny’s sides. 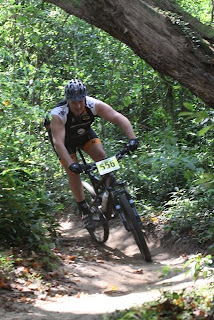 Big Worm was another second wave rider claiming to have a bad day. For what it’s worth HE rode the track and took home a fourth place so not really trying to hear much complaining. Thank HIM for lugging the charcoal and grill.

Darien flatted but was giving it a solid effort in the single speed class. D supplied the fruits and veggies. Julie brought the kids to cheer dad on.

Ken was pulling double duty – working the Tallahassee Mountain Bike Association magic and rooting on Colter in his junior race. Good race buddy. He had a solid 6th. 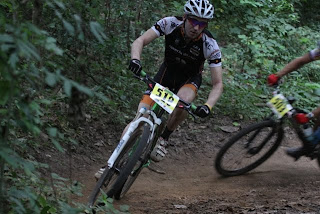 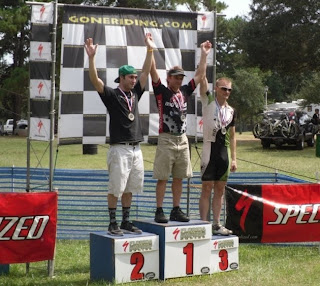 Zak? What can I say. He brought his girl for support and spun out the single speed to a solid 2nd place. Congrats. They both sported BC gear and Zak worked a FAMU lid.

I’m pretty sure Ron, Mark and myself had too many Fat Tire Amber Ales, but I know Lt. Dan did. At one point he was going to beat up me, Lyle, Darien and Ric (Lyle was not there).

Berg flexed and ran with the big dogs in the expert/pro class for an impressive 8th.

At different points in the day I spotted Libby, Cort, lil and host of other friends. I know I left something and someone out of this post but your presence and efforts are still appreciated.

It was good to have Ron in town.

Bottom line it was good food and good times.

Special thanks to Steve Andrews for supplying some of the photos. You can buy a picture of yourself on his site at http://www.andrewsphotogallery.com/Sports/Mountain-Biking/Florida-State-Series-2010/13746525_U5ZkC#1005390500_c3GBz BTW, congrats on winning your class Steve. 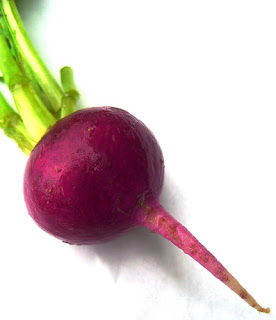 Hard to top Ron’s last blog so I won’t even try. I think re-living those thoughts has him home sick so he’s making the seven hour trip up here to Tally Ho for the gone riding race this weekend. Not that he would race – he’s bowed out of racing ever since Asbell crashed him out of that Tom Brown Race. It went down over by the shortcut entrance (behind the RC track). Ron was riding behind Jaysun. They were 1 and 2 coming out of the BMX track headed out for another lap. Jeff was trailing and wanted to pick up a place. So… he sprinted hard, cut underneath with not quiet enough room and caused Ron to high-side. It was an awesome sight and it was THAT much funnier because it was Ron – you know because he hates people. Ron is ACTUALLY headed up here for the good fun, good times, so you know we will have to throw down.

His recent announcement has opened a debate. Should Kent race or not? On one hand it’s a 9:00 start for me, I need all the points I can get, I like to punish myself and racing is just plain fun. On the other hand the last time I rode was July 27 (except for Terry’s Monday beat down) and am I really going to race the other cities? I know what I think and I think I know what you think. But… what it boils down to is team dynamics. Do you want me to race to the point of red-faced drama OR.. would the team benefit more from me working the BC booth? Need your votes and feedback ASAP so I can mentally prepare for my assigned role.