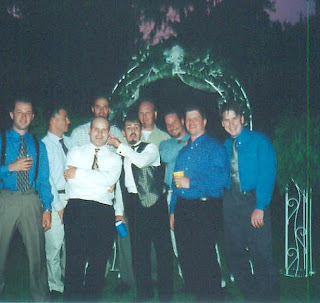 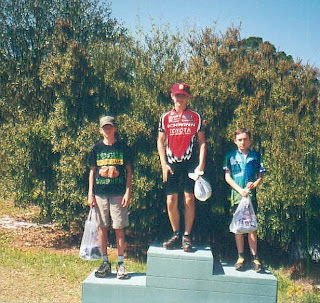 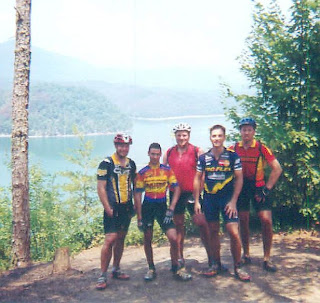 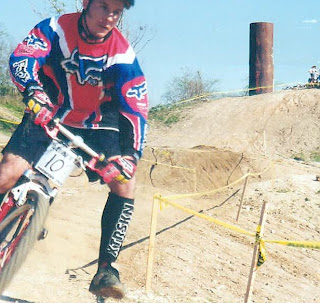 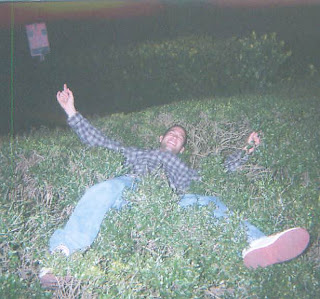 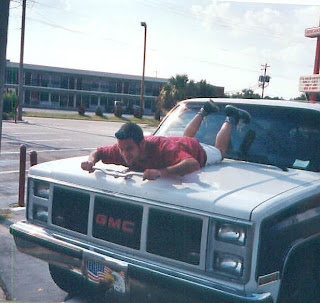 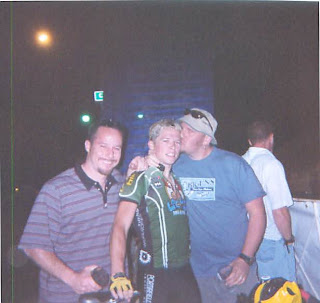 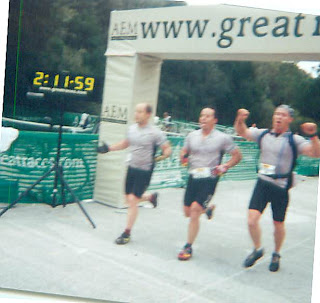 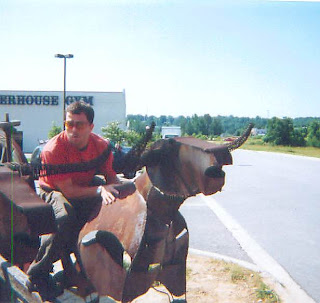 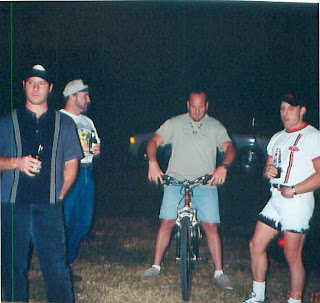 So, after the big race at Elijay where BC crushed Ace like 1978 El Camino center stage at a Monster Truck Jam came Revolutions. I can’t give exact details as to the when and why. After being deflated at Elijay, I started concentrating more on beach volleyball, Sea Doos, beer and clubs – and less on racing. In other words I skipped on the scene for awhile. Of course, being family and all I was privy to the initial talks of the shop. BC, SM and Middle bro got together and started it up. Middle bro was the money man and kinda behind the scenes. BC and SM were the faces of the shop. They brought on a high school friend (of mine) that Kent knew a little about.
See, BC and SM were biscuits in high school together and BW and I were skater buddies in high school as well. So there was some crossover there. On a side note, BW had the equivalent of Kona Skate Park in his backyard in high school.
So anyway, BC and SM hired the best mechanic this side of Texas (and maybe the other side too). BW, SM and BC commenced to running Revolutions and setting the ground work for what would become the coolest bike shop in town. Not sure how many years Rev Mart was around, but apparently no amount of laughter can pay the bills forever. We knew things were rough when Jeff Gordon started hanging around the shop everyday. More stories on all that later. 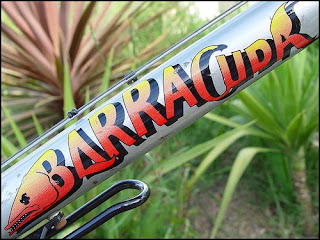 This is the parallel entry to apebike’s first installment of the chronicles of BC. To learn about the history of BC, you have to first know the history of Revolutions Cyclery. But, we can’t jump ahead too many chapters at a time so we will go back a little further.

Sometime in 1989, 007 was making so much money building houses that he had money to burn. So what did he do? He went and bought a “nice” mountain bike from Sears – A Lotus. At the same time, the trails at Munson Hills, Phipps and others were being ridden by some early adopters. All this was about the same time the St Marks trail was being built over some old Rail Road tracks. BC’s ‘rents were riding Jamis Boss cruisers and cophasing with the Shanks as well. BC was already helping a guy on the side of the St Marks trail (Larry) build bikes for sale to the locals. Imagine a school chair coupled to a hacked up road frame and you have a Woodville recumbent. Sooo, all of that added up to enough to finally get BC and his cuz on a MTB. I’m not sure which is a nicer bike – a Huffy or a Murray. Either way, we had one of each and we went riding. As is the case with everyone else, it was instant infatuation. BC quickly stepped up to a nicer Trek (850?). However, it was not as nice as the Spanish Mackerels’ same-paint-scheme Trek 950. Those early days consisted mostly of Cuz, BC, 007, The Mackerel, and the Middle bro on a Haro (One of BC’s older brothers, one of 007’s younger brothers). In addition, the Mackerel brought a couple guys in to the scene who would fancy themselves out on some rides with us. About this same time Big Worm was rocking the Michael Bolton surf shop hair and riding a nicer Specialized with custom NWA paint (in Daytona). He was hanging with the sophisticated and advanced local MTB crew. Apparently we weren’t high brow enough at that time to infiltrate the likes of Dave Baton, Zach, Snowman and such.

The following year(s) were spent swapping bikes, saving and spending money and getting mad skills. The first race team (for us) was started and we had a truck the size of my house for travel. We were K.Y.D.D, Racing. We were mostly spotted putting in our training miles at Munson and Leon Sinks. Leon Sinks was fun to ride and it stinks that it was shut down. The trails went down in the sink holes and some of the lines were impossible (for us) to ride. I can remember a time when I borrowed 007’s nice and relatively new Specialized. BC and I dropped in one sink hole at least half a dozen times and could never ride out of it. Every time we dropped in, we knew we were going to crash but we kept trying. The trails would also flood real bad in areas. We rode it one time in handlebar deep water and the bike almost floated.

My first race was a couple years later (1992?) in Ellijay, GA. Some of you know the place – M.O.E. Wow! Those guys had suspension forks and bikes that were clearly way better than mine. Not that I knew bikes well, but mine wasn’t nice. Sure, it had a remarkable paint job. It was teal green and painted with left over paint from my Camaro. It did at least have aluminum rims and a three piece crank (which was my benchmark up until that point). Of course I was a hard core racer so my (steel) handlebar was cut down to less than sixteen inches. My four finger brake levers were cut down to a nice, respectable three finger length. Well not only was my bike ill prepared for the race, but my fitness was too. There was one hill there that I could not ride in my middle ring, and I could hardly keep my balance in my granny. I would have said it was impossible to ride except for the fact that right at that exact moment in my thought process I was peppered with roost from one of those fancy suspension fork haverers. This was the famous race where BC beat Ace and he kept saying, for years… “, The last time we raced I kicked your ass.” I decided not to race but Ace, Jack Shank, 007 and BC all raced. I was repeatedly quoted as telling Jack “you don’t understand, I am not going to race”. They kept trying to talk me into it but I wouldn’t budge. Wish I would have though cause my first race was postponed four more years. Well, that was back in the day and at least 40 bikes ago.