So… mental health… a little bit taboo… every family deals with it in different ways. Ours use levity. It seems like every family has a crazy uncle – and mine is no different.  Oh the stories I could tell, but I only share two. Back in the good old days, before political correctness, I was in high school. During the 11th grade I took Driver’s Education. Our Driver’s Ed teacher was the PE/baseball coach, based out of a portable. For class, three of us would get in this shitty Pontiac with Coach and take off. That was literally our class. He’d have a clipboard and a cup of coffee and we would just drive around. He’d run smack the whole time and we’d all laugh. One day we see this barrel chested dude, sitting bolt upright, riding a bike down Pensacola Street. He was wearing old-school sweatpants, shirtless and rocking a big-ass fro. Coach was like “look at this “f”ing guy. The whole car busted out laughing, me included. Then I was like “hey, that’s my uncle!” Again, everybody just fell out. When I finally convinced them it was my uncle, Coach seemed to be backpedaling off his comments. He finally cracked another joke when I told them it was alright, “he IS crazy.” That’s just the way it was back them.
Even earlier on Uncle C, that’s what we’ll call him, had the same crazy “look” in his eyes. My dad tells a story where Uncle C was down in front of a juke joint, or whatever the called it, and some young bucks were giving him some static. He politely ignored it, waived it off until enough was enough. When he finally had to tell them to knock it off, that he was in his good clothes, it just made it worse. He warned them a few times that he’d go home and change and be back, which, of course, made it worse. They whooped and hollered as he departed. Having had enough, Uncle C got home, changed out of his good clothes, went back and toted an ass-whopping for all three of them dudes – fighting them all at the same time.
Thus Uncle C was the inspiration for this latest review. The crazy uncle of Dale’s Pale Ale is Deviant Dale’s IPA. 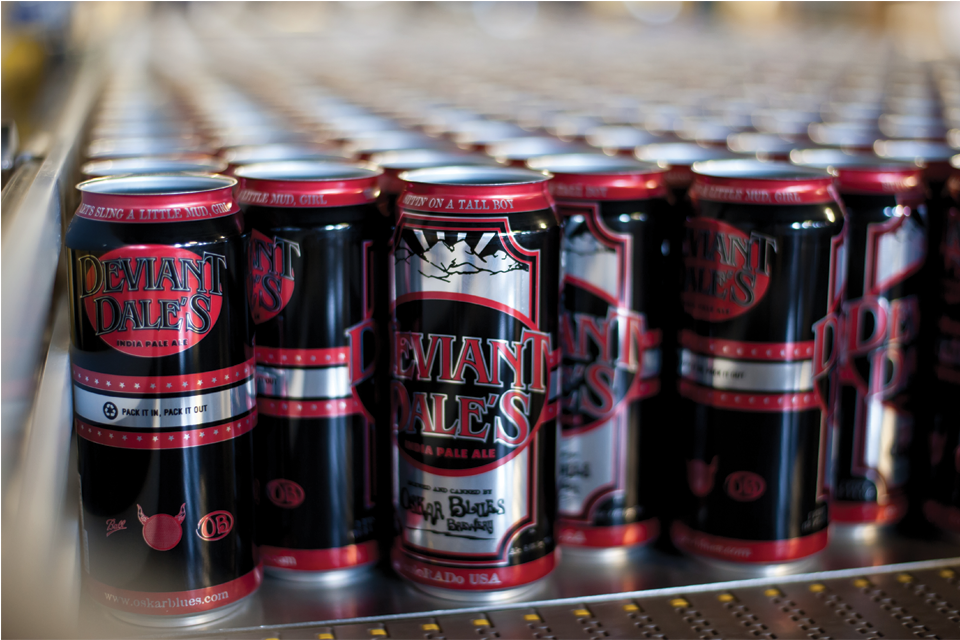 We’ll call him Uncle D. Uncle D don’t play.  I first met Uncle D up at Zone 5 in late 2011. I begged the Oskar Blues Beer Distributor for two cases, on his weekly visit, for months. Just before the first shipment came in… Weaver boot-legged some samples out of Albany. Got it in the fridge and waited. First of all, I took note of the heft of the can. Killer graphics and it’s only available as a tallboy. So it looks crazy, but is it crazy? Bout chill time I call Ronnie to give him the play-by-play.  First crack, sniff and gulp. Hmmmm, I’m a little wobbly. Can’t ID if I like it or not. It’s strong. Much stronger than the claimed 8.0 ABV.  Kind of a dichotomy of taste. Harsh and sweet at the same time.  Definite hints of citrus and a pronounced afterglow of that bitter sweet hop. So the excitement of the new beer has me getting after it. Only now I’m not mentally wobbly, I’m really wobbly.  This beer packs a punch. Halfway thru and I’m feeling it. The back and forth taste roller coaster has me. Like Frank the Tank – so good when it hits your lips.
Thus was born the mood setter. A mood setter is that perfect drink where you preload with one and just have a few lower ABV beers the rest of the night to maintain. A mood setter will get you right. But be careful. Two years later both Ronnie and I have failed to hit two back to back. The usual outcome to drinking a second one of these is 2 am SportsCenter blaring, passed out in the recliner with a half open can of Deviant. With the average single can price of $3.50, that’s no bueno.  On your next outing give Uncle D a try but be forewarned, be careful when you mess with crazy. – bikechain

In doing research for my “assessing information” class, I came upon an academic article entitled “No Accounting for Taste”. It is a short but well written article from 2010 that looked at motivations behind the explosion of the craft beer market. The article gave some physical reasons that consumers are seeking out “extreme beers”, but also pointed to a social sophistication aspect of drinking “expensive beer”. The article argues these beer drinkers might simply be following trends and trying to look cool. While I can appreciate some of these arguments, I maintain “fancy beer” really IS about the taste. Think of it in parallel to the hot sauce market. There is always going to be some attention starved portion of consumers who want to show how they can stomach really hot stuff – while some will just want a little spice. We “extreme beer” drinkers are looking for that “hot sauce” somewhere in between – enough kick to get you going but not so hot that you can’t enjoy it.
It is with this article in mind that I present to you a selection out of Brooklyn – Six Point’s Resin. Before Brooklyn got as trendy as Boston… say ten years back… all I knew about it was the 1986 Beastie Boys hit – No Sleep Till Brooklyn.
This is important because I don’t usually pick my beers by location of their brewery. I use a bend of gut, friend-referrals and marketing appeal.  The introduction to this brew came from my work mate Philip.  We usually like the same beers and he has another criterion that is total awesomeness. He likes beers that are canned for their fishabilty (cans r better than bottles on a boat). So one day Philip throws me a slim-line 12 ounce can.

It’s an attractive can and I like everything about it – except for their logo. They get a pass because of their story (google “brewer’s six point star”). I threw the lonely can in the beer fridge. It took me a while to get around to it but I finally cracked it open and was VERY pleased. It’s a mid-level drinker. Classified by Six Point as an Ale, Resin drinks and tastes more like an IPA. You’re probably not going to chug these nor are you required to sip it. From a flavor perspective, it leans more to the floral side of hoppy that jumps on you with a pretty bitter after-taste that has kind of tangy, sweet after-burn. Perfect beer for a hop head – horrible if you prefer light beer, ales or stouts.

This flavor of “hot sauce” suits me well enough that I’ve added it to my rotation. I LIKE this beer. However, At $10 a four-pack, it’s not the “ideal” fishing beer. Some would consider it a little pricey but it’s not too expensive considering the 9.1% ABV. That puts it pretty much in the mood setter category. Drink one of these and you’ll be pretty well situated for the night. You’ll only need to “maintain” with complementary IPAs. Visit Six Point Craft Ales to learn more and be sure to give Resin a try.- bikechain