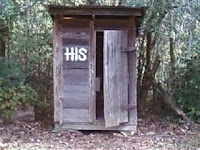 So yesterday I’m sitting in my windowless office moving papers from this stack over to that stack while dotting the I’s and crossing the t’s and then , all of a sudden, the urge just hits me. I could feel it welling up inside all morning and even though the urge was great it did not appear that relief was forthcoming. However, last night around 5:45 the flood gates opened and relief began. I’m talking about nighttime mountain bike riding of course.

The bike posse was out in force last night and we were able to get in a really good ride. Even Big Worm, who has been nursing a bum foot, was able to join in the fun. It just doesn’t feel right when Worm’s not a part of a ride so it was definitely awesome to have him back. The only real excitement last night was Marko trying to impress us by trying to throw his bike, like a Frisbee, while still being attached to it. Now that was impressive, but not as much as his imitation of a major league baseball player sliding into third base.

The only thing missing last night was Wrecking Ball and the Red Dragon but both had domestic obligations.

So there it is, and this morning I’m feeling relief because sometimes you just gotta go!