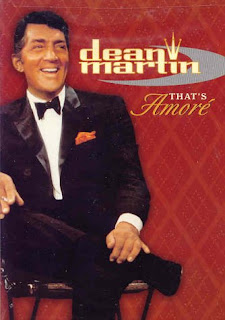 Wow. I am really tired. Saturday was a very cool day. We held a birthday party for Ice Berg and myself at bikechain. The day started with a big off-road ride. By the time we got to the start of Cadillac, I had flatted twice. Fixed the flat and everybody took off. I gave chase and was blown up by the end of the roller coaster section. I was worried about making the rest of the ride. I caught an early second wind and pushed on with the “A group” out to the drop off. Pleased with myself, I could have easily turned around but silk had this evil grin that said it all – we will be pedaling. He led us out on a route that had me turned around. Big Worm weighed in with the best quote of the day – something like, “it may be soft and grassy, but it least it ain’t fun.”
The worm and I prefer single track but I was game because this type of riding is what I need. Finally we pop out and I figure out we are headed toward the greenway. To this point I had embraced the “miles” of pedaling but now I just wanted to click my heels three times. We get to the greenway and it was decided the A riders are going to head out for another 20 minutes. I filled my water bottle and looked towards town and realized my B rider crew had already pedaled out. I mounted up and gave chase. After about 20 minutes I had pretty much given up trying to catch Wrecking Ball and the worm. I finally reached the greenway parking lot and was looking forward to some easy miles on pavement. But wait, I spy my prey, and duck behind some cars. Slam it into the big ring and hammer. Wrecking Ball’s startled look when he realized that I was drafting them was priceless. The double take and burst of laughter was worth the price of admission.
The after party – so we roll into bikechain and Wrecking Ball fetches some platters from Tijuana Flats. Ice Berg’s mom soon arrives with a huge spread of food (Thanks Mom!) and a cake from Cupcake Steve. As the A riders trickle in we fire the grill and everybody has a good ole time telling stories of the day. Truly good food, good times.
Highlights for me – Berg wheelie’ng into and out of the shop, prank candles on the birthday cake and a really cool bike picture frame from the Bergs. Thanks to all – Red Dragon.